The Secret Barrister: Stories of the Law and How It's Broken

The Secret Barrister: Stories of the Law and How It’s Broken is an oustanding book. In my opinion it is easily the best book I have read in the past year - certainly the most interesting. 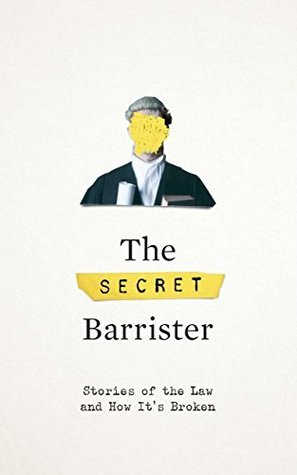 The book is written by an anonymous barrister working in the criminal justice system for England and Wales. They explain the current inadequacies of criminal justice through a mix of interesting real-life and often first-hand stories.

I found the history of legal practice super interesting. The author also explains various terms and processes - many of which I had heard of before but never really fully understood the meaning.

Mostly, I found the book shocking. Many people are unlikely aware (myself included, previously) of the current state of the legal system. The levels to which it is under-funded, under-resourced, and - as a result - the volume of mismanaged cases that can easily result in innocent people getting remanded and guilty people walking free.

The author’s self-coined “stack-’em-high, sell-’em-cheap” model sums it up perfectly, in which magistrates and the crown court system - including the CPS - are just not given the time and resources needed to deliver accurate and honest justice.

The book is extremely well-written (and narrated - my version by Jack Hawkins), clever, and witty. It’s a book I can recommend to anyone. I just hope I never need to be involved in the UK criminal justice system!